5 LGBT Parenting Court Cases We Need to Be Discussing

The year of 2015 brought joyful tears with the historic same-sex marriage Supreme Court ruling along with a glimmer of hope that discrimination was on its way out. But then as 2016 crept in, so did bathroom laws in North Carolina that threatened transgender rights. Then we saw the recent tragedy in Orlando, where a gay club was the target of a horrific massacre. And then there was a recent court ruling that determined a lesbian mom had no parental rights over the children she helped raise since birth. The latter scenario continues to play out all over the country as individuals in a relationship raise children that only one parent has biological ties to; the excitement and joy of 10 small fingers and 10 tiny toes preventing them from seeing that potential fork farther down the road, where our government and outdated laws would fail not only them but also their children.

In today’s day and age, divorce and separations seem regularly inevitable. But where the law protects a heterosexual couple’s separation, it fails to protect or recognize the parentage of a gay or lesbian individual. In Jean Maby H. v. Joseph H. from 1998, the court concluded that although Joseph was not the biological father of the child he helped raise with his wife, a father-daughter relationship was established, therefore granting him parental rights to custody. Somehow, even fathers in an opposite-sex relationship without shared genetic ties to a child do not face that same hurdle as moms like Erica Wit, whose wife Sabrina birthed their daughter in January 2015. Because the birth was prior to the Supreme Court ruling, Erica’s name was not allowed on her daughter’s birth certificate, and now that Erica and Sabrina have split, a judge in Knoxville is denying Erica any parental rights over her daughter.

The truth is, it is near impossible for both parents in a same-sex relationship to have biological ties to a child. And it’s the combination of outdated laws with language tailoring only to “husbands or fathers” and a painfully slowly evolving judicial system that can’t keep up with modern families that continues to harm LGBT families. According to the decision in Lehr v. Robertson, a New York case involving paternal rights, “the intangible fibers that connect parent and child have infinite variety.”

Although historic, the legalization of same-sex marriage wasn’t the end-all of discrimination, and it certainly wasn’t an elimination of problems that same-sex couples would face because of their sexual orientation. Now, it’s the years prior to the 2015 ruling that are causing the most damage. Those who did not marry, married before or separated before have no protection under the current laws in place.

All of this isn’t to say there haven’t been monumental strides regarding parental rights for LGBT families even within the past couple of months. A judge in Indiana recently ruled that both mothers’ names must appear on a child’s birth certificate. And in Maryland, another judge ruled that same-sex, non-biological parents do have parental rights. Meanwhile, similar cases throughout the country have not had the same outcome.

Even though same-sex marriage is now legal in the country, these cases involving LGBT parents and the rights to their own children are going to become more common. Here, we highlight five ongoing battles across the nation that have the potential to set a precedent for the future, because the reality is, family persists even in the absence of biology.

Seven years ago, Brooke and her partner Elizabeth made the decision to have a baby through artificial insemination. Elizabeth, the biological mother, carried their son, and when he was born, Brooke cut the umbilical cord. Though unmarried, they raised him together, Brooke acting as the primary caregiver when Elizabeth went back to work. But when they split up five years later, a family court denied Brooke visitation and custody of her son. The court cited “Alison D. vs. Virginia M.,” a 1991 case that is commonly used to determine the definition of a parent in custody cases. Unfortunately, its incredibly narrow definition is outdated, and lawyers in Brooke’s case argue it should not continue to be used. This case is currently being heard by the New York Court of Appeals, but on July 5, the court postponed its decision.

Jennifer and Estrellita were together for years before Jennifer gave birth to their child. For four years, they raised the child together, and even after they separated, Estrellita still visited regularly. But when Jennifer sought child support, Estrellita responded with a petition for visitation and custody. Jennifer tried to dismiss Estrellita’s petition on the grounds that she had no biological or adoptive rights to their child, also citing “Alison D.” as an argument. In this case, the defense argues that the court should be taking into consideration what’s in the best interest of the child, something that hasn’t appeared to be much of a factor in the past. Lawyers say the question should be, was the child raised with the belief that both Estrellita and Jennifer were its parents? The decision in this case, along with Brooke v. Elizabeth, has been postponed by the New York Court of Appeals.

Tennessee residents Erica and Sabrina had to travel to Washington D.C., in 2014 to get married, as it was not legal in their home state at the time. When Sabrina gave birth to their baby girl in January 2015, Erica’s name was not allowed on her child’s birth certificate because Tennessee did not recognize same-sex marriage. And when the couple filed for the divorce, lawyers referenced a case from 1977 regarding artificial insemination to determine whether Erica had any parental rights to her child. The language of the 1977 case applied only to husbands, and therefore, a judge ruled that Erica was not considered a parent in the eyes of the law, deeming her a stranger to the child that she helped raise since birth. The Tennessee Court of Appeals is now deciding whether or not to hear an appeal of the judge’s decision in this case.

Karen and Julie were together for nearly 13 years, during which they bought a home together and Julie gave birth to two of their children through the help of artificial insemination. Karen and Julie never married, and when they split in 2013, they agreed to a shared custody order. But in this case, Julie is challenging that Karen should not have full legal parental rights because she has no biological ties to their children that she helped raise since they were born. A family court judge sided with Julie, stating that because the two never married, Karen does not qualify for legal parentage. Karen filed an appeal, and arguments were heard before the court on April 5, 2016, but a decision has not yet been made.

Joy and Amber began dating in 2001, and Amber gave birth to two girls, whom they raised together before separating in 2013. This custody battle is unique from the others because it centers on the fact that Joy and Amber’s relationship ended before the Supreme Court ruling, denying them the chance to marry. Lawyers argue that had they been married, the court would have recognized them as co-parents, awarding Joy the same parental rights as Amber, the birth mother. In this case, both Joy and Amber claim they were primary caregivers as the children were raised, and Joy is even listed in Amber’s will as a guardian. The case will first be heard in family court but is expected to end up in the Michigan Supreme Court. 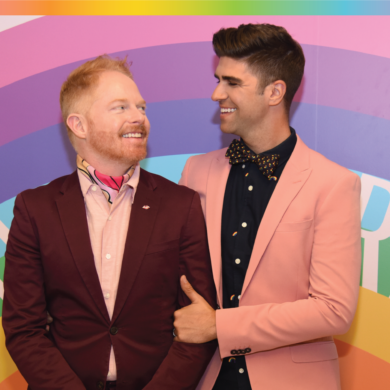