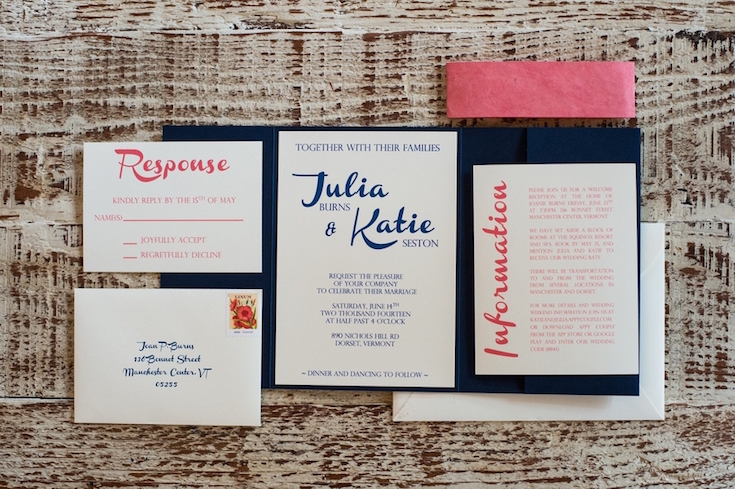 Some rules are meant to be followed, some broken. But before sprinting to the post office, be sure to read our etiquette guidelines (plus our modern suggestions!) when addressing your invites. When a Man Is a Junior

We understand that not every wedding (or couple) has the same level of formality. While etiquette is important, the invite should still reflect your personalities, relationship and wedding day.

If your masculine-of-center friend doesn’t identify with the gender-driven abbreviations of Mr. or Ms., simply list their name. Respect is key!