Looking out the window of their Chicago high-rise apartment, John-Michael and Lucas watched as a thick layer of fog settled over the city’s signature skyline. It was the day they had planned to meet up with Bri Short Photography to capture some photos together outside, but the gloomy weather left them wanting to curl up on the couch instead. So they changed their plans and invited Bri into their home, where she captured some epic photos of John-Michael and Lucas entwined on their sofa and on the floor in front of the large windows that let the gray light in. “We opted for a cozy and more intimate location that still had a city vibe,” they say. “The fog and dreary weather put us in more of a being silly at home together mood.”

John-Michael and Lucas met on the first day of rehearsal for the Chicago Gay Men’s Chorus. “We can vividly remember seeing each other across the room,” they say. “We both stood out to one another, and when we finally met, there were butterflies.” They started dating shortly thereafter, and quickly bonded over their love for singing and food. “We are big foodies!” they say. “We love to go to different restaurants to try new cuisines, and if there are cocktails, even better!” These two love to have fun together, and it’s clear from these stunning photos that after a year together, the spark between John-Michael and Lucas has not and will not fade any time soon. 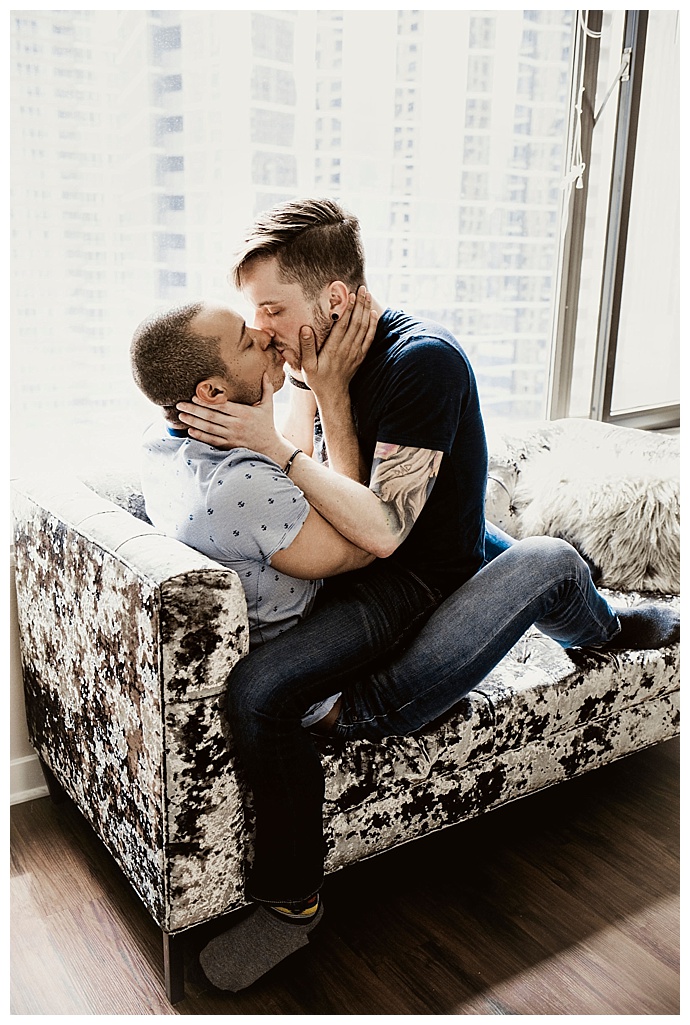 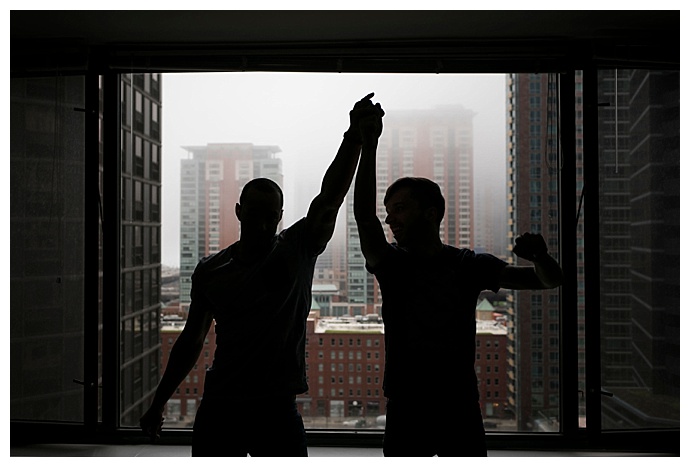